I was recently in France (about 2 months ago) and I toured around the southern country side for a week, snapping away at the amazing medieval towns dotted around the stunning Loire Valley. My absolutely favourite town that I stayed at on my way to Paris was Amboise!

“The city is famous for the Clos Lucé manor house where Leonardo da Vinci lived (and ultimately died) at the invitation of King Francis I of France, whose Château d’Amboise, which dominates the town, is located just 500 meters away. The narrow streets contain some good examples of timbered housing.” [Read the rest on Wikipedia] 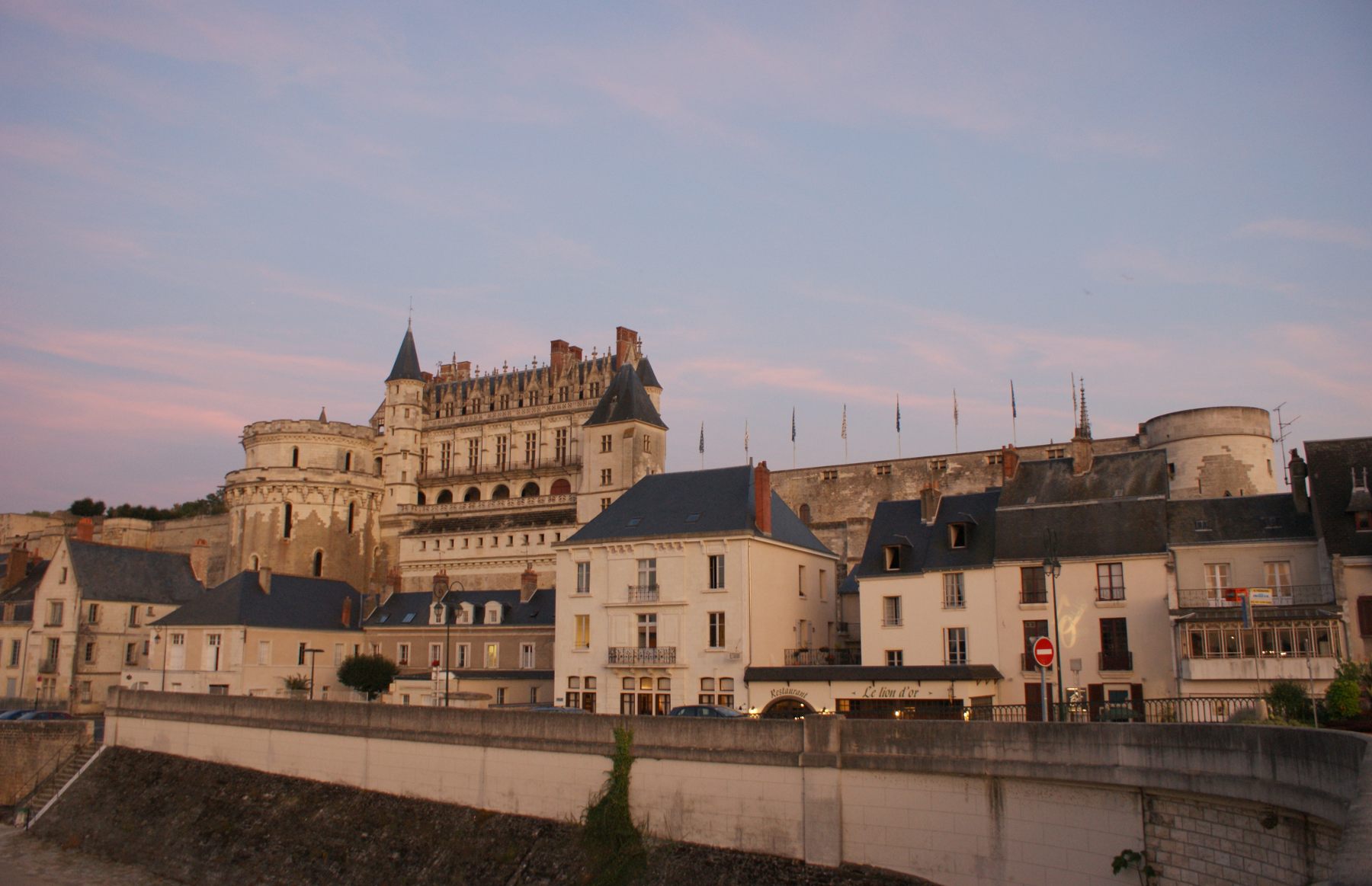 I was in Amboise for only 1 night and the next morning, so I didn’t have the chance to really capture all of Amboise. However, I think I went away with some nice shots and I probably had the best pizza of my whole trip there:P

Below are a few of my best shots that I took of Amboise, some are processed in Photomatix for HDR:

This is a shot of the ‘square’ below the Château d’Amboise and its where the main restaurants are, and they all have out door seating so you can gaze up at the towering walls of the Château d’Amboise. I used a slower shutter speed of 1/20 second, so I had to use a conveniently placed mail-box as a nice sturdy place to put my camera, I then adjusted the levels to bring out the shadows a little. 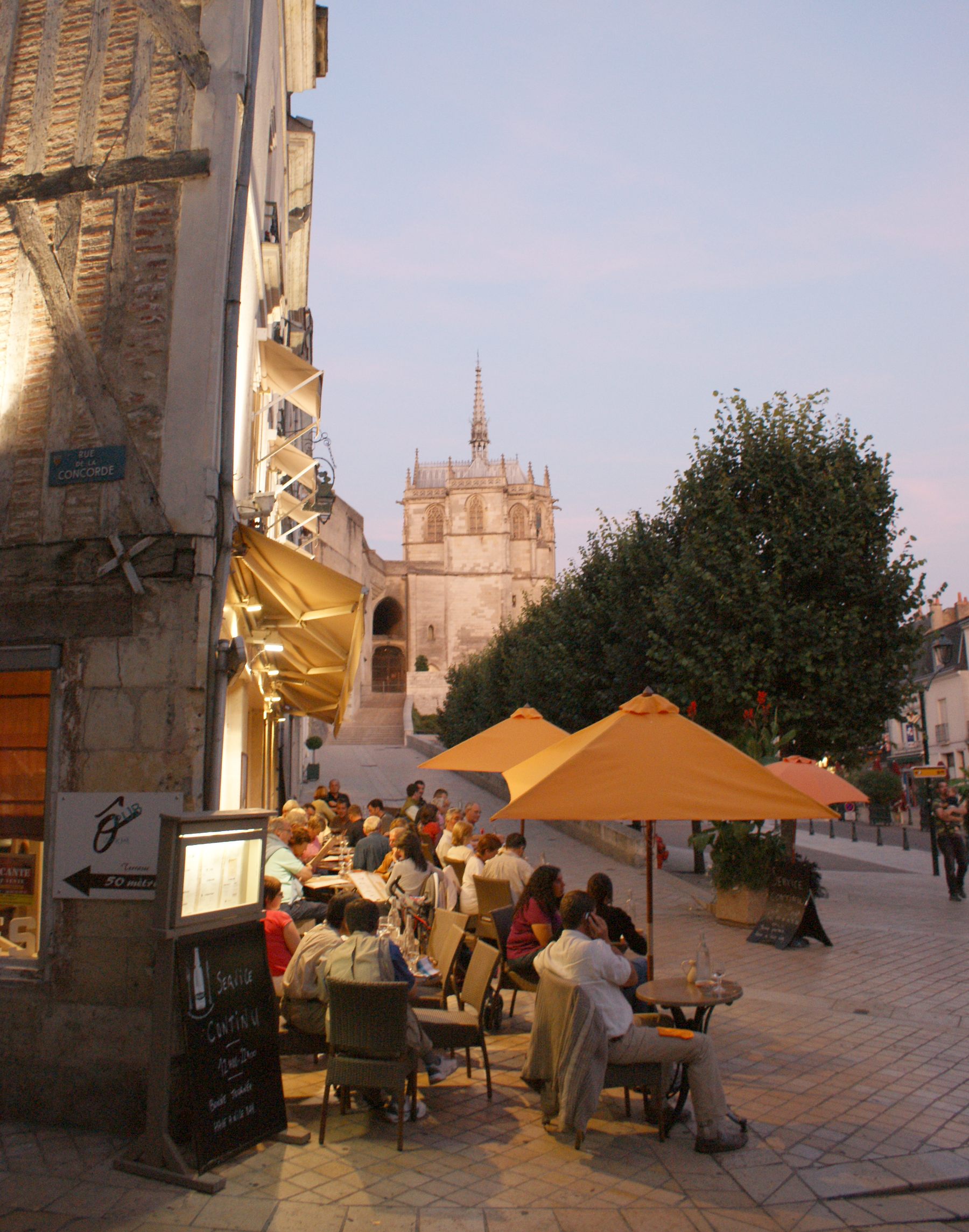 The Amboise Square at dusk

Unfortunately this photo has a little motion blur in the details. I was shooting without a tripod, which I wish I had, and advise anyone to bring a tripod along with them even those pocket sized ones, when shooting at dusk/night. I brightened it a little with levels. 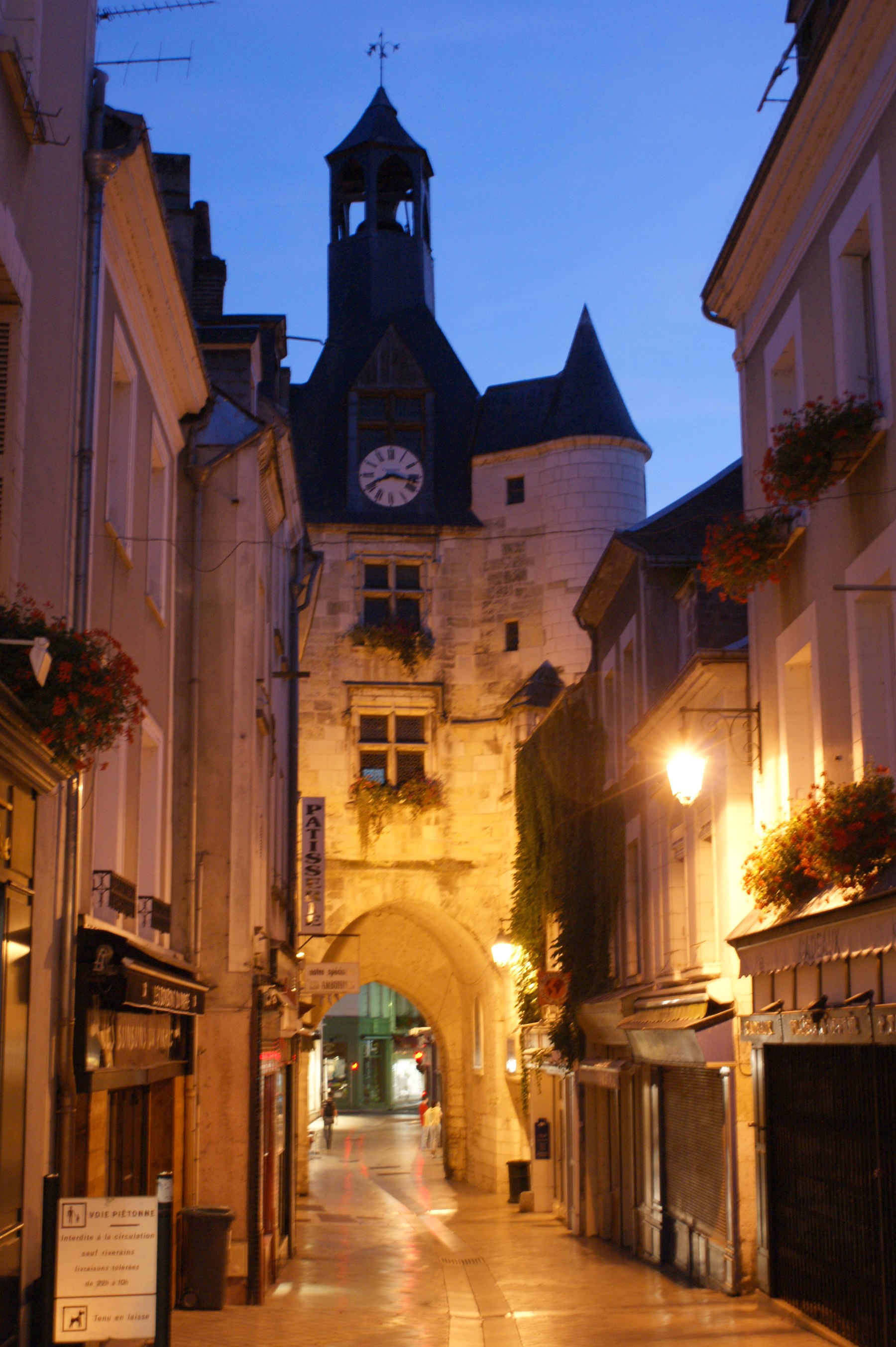 The Chapel of Saint-Hubert, where Leonardo Da Vinci is buried (inside), is high above the streets of Amboise and within the Château’s walls. I shot this in RAW and converted into a HDR-Tonemapped image with minor adjusts of the levels, to bring out the detail in the stone carvings.

While taking this shot I was constantly thinking of that brilliant photo by kimdokhac , where the clouds are almost identical and how I wanted to produce the similar effects of his image. His photograph can be seen in: https://www.scottphotographics.com/hdr-inspiration 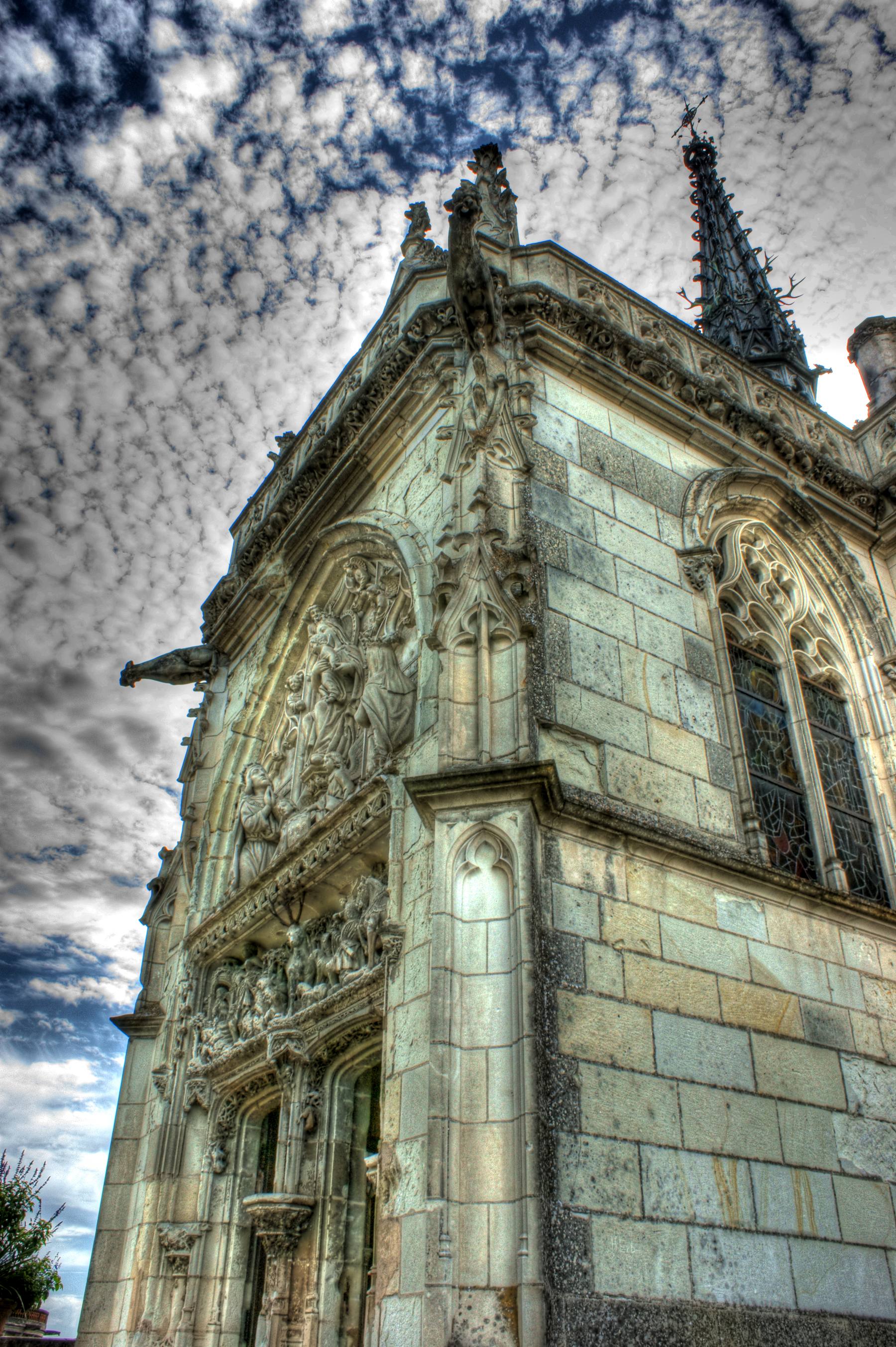 The Chapel of Saint-Hubert

This shot is inside The Chapel of Saint-Hubert, the stained glass windows were just stunning with the morning sun peeping through. I used a brilliant piece of software called “Dynamic HDRi”, to uncover the shadows. 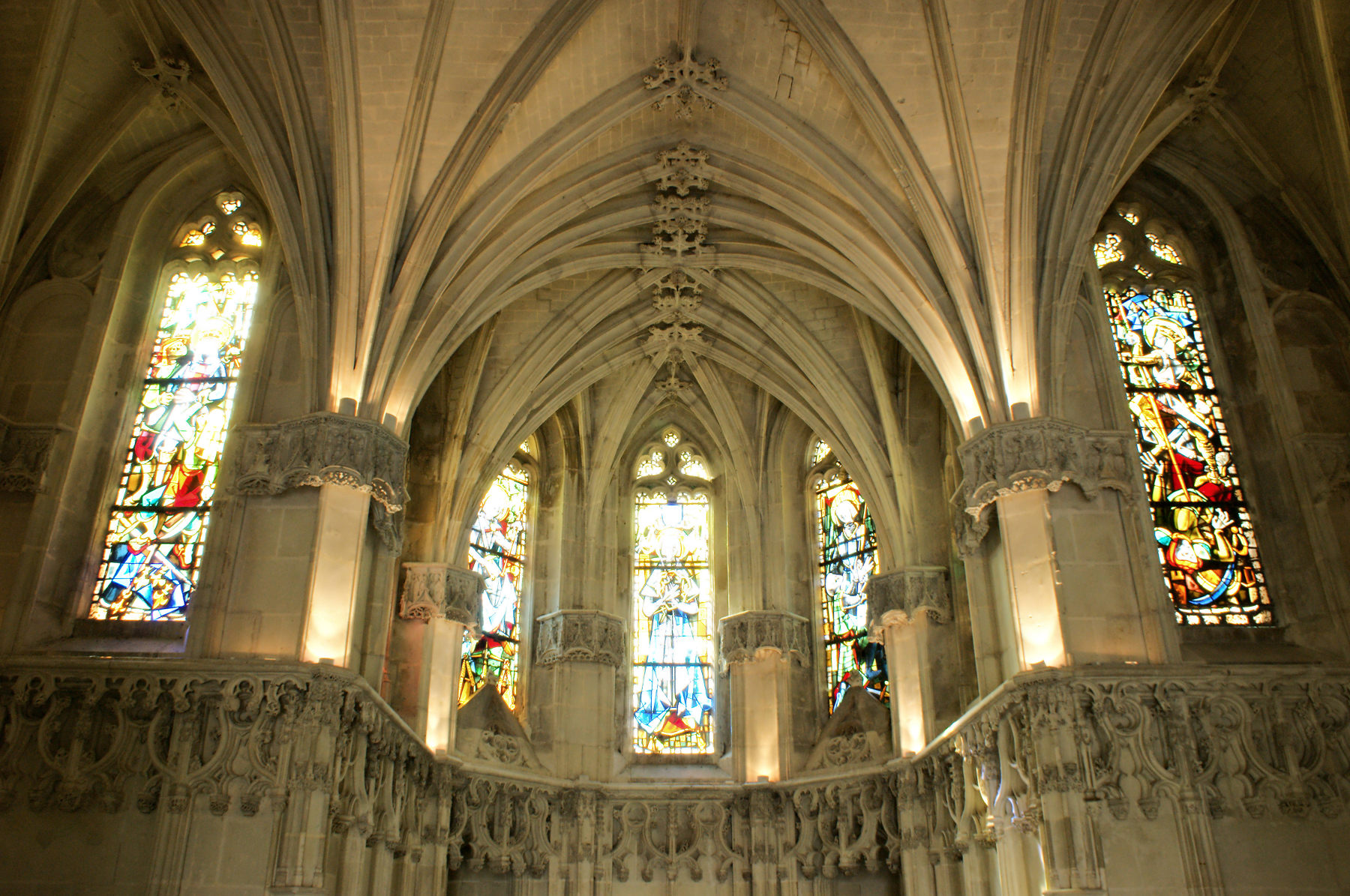 Inside the Chapel of Saint-Hubert (Stained Glass Windows)

One of the shots that I’m most happy about is this one, with the path and grass lines leading the eye into the photograph and drawing the Château d’Amboise into the main focal point :). Again I used “Dynamic HDR” to add some contrast and enhance the sky. 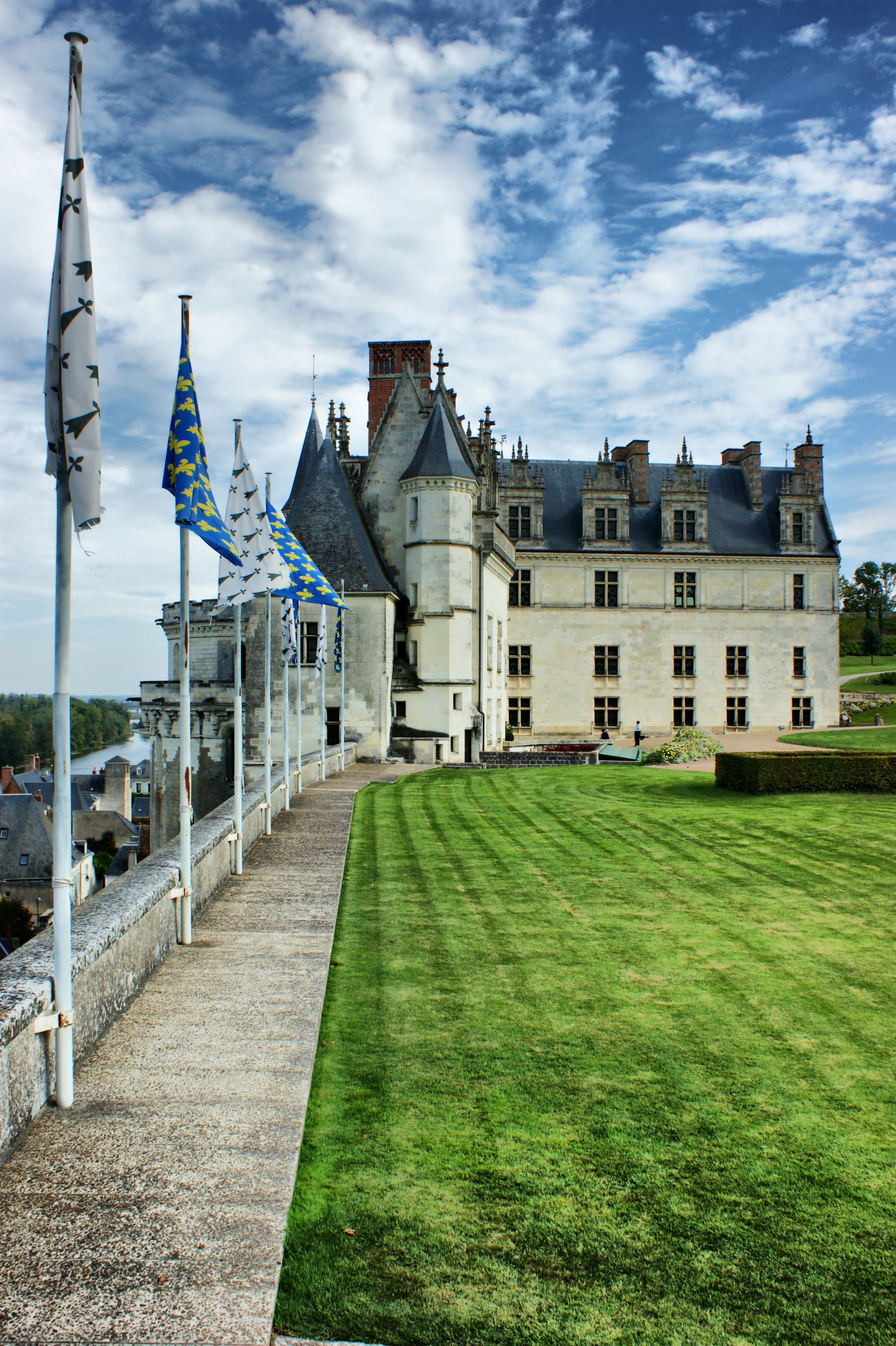 While I was at the top, the Château sits high above the streets, I took 6 shots and then stitched them together with PTgui. PTgui does a better job than Photoshop, it always creates seamless images no matter what level of distorting there is.

The town of Amboise (from Château d'Amboise)

All images on this site are copyrighted – All Rights Reserved.

Michael Scott is the publisher and photographer behind Scott Photographics! He is very passionate about his photography and enjoys sharing the best of his experiences for others to enjoy too! Contact Mike via email!