How to make an ‘Obama’ HOPE Poster in GIMP

There are a few tutorials for this in Photoshop and Illustrator, but I haven’t found any for the GIMP, so I attempted it myself! It is a fairly simple method and easily done with great results! 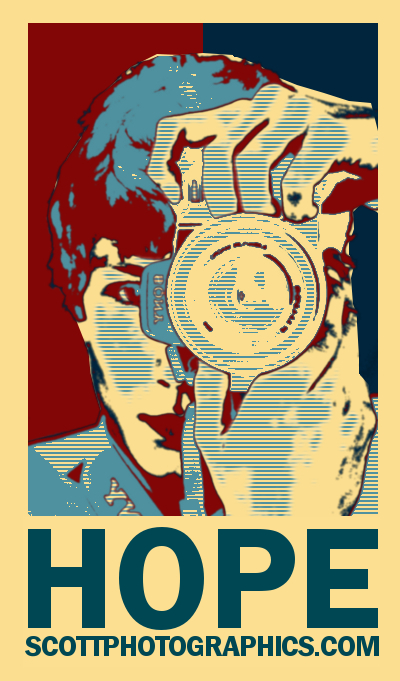 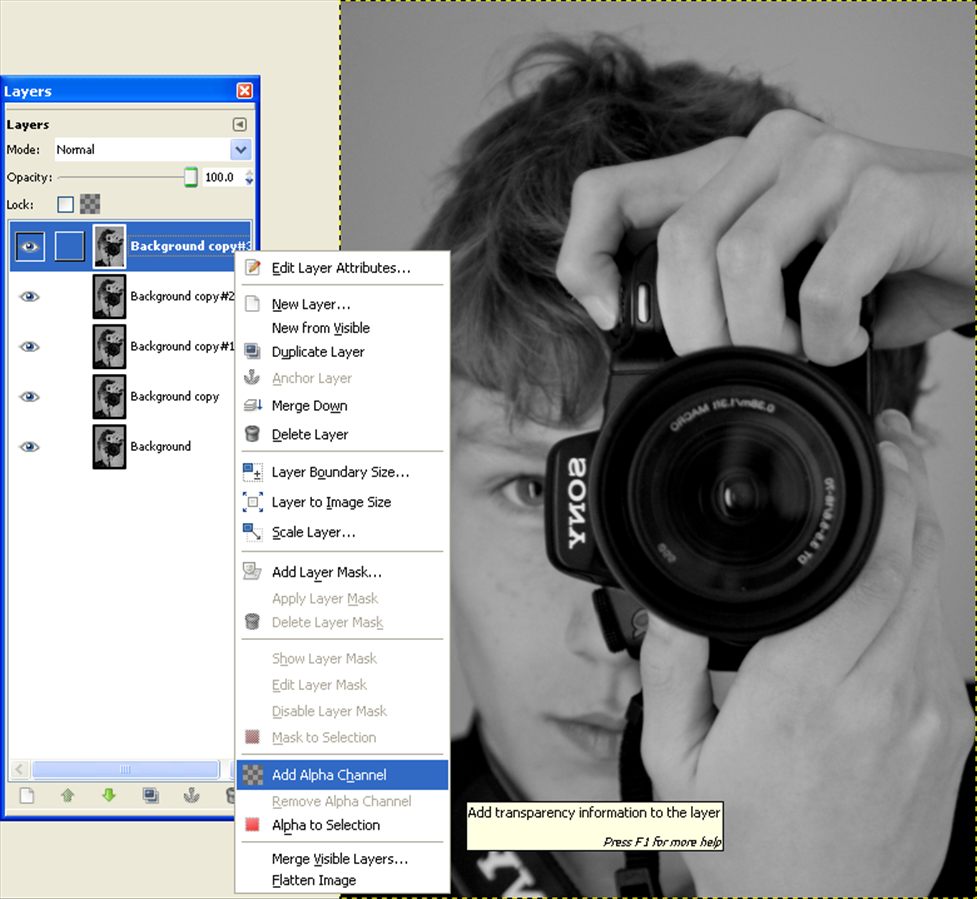 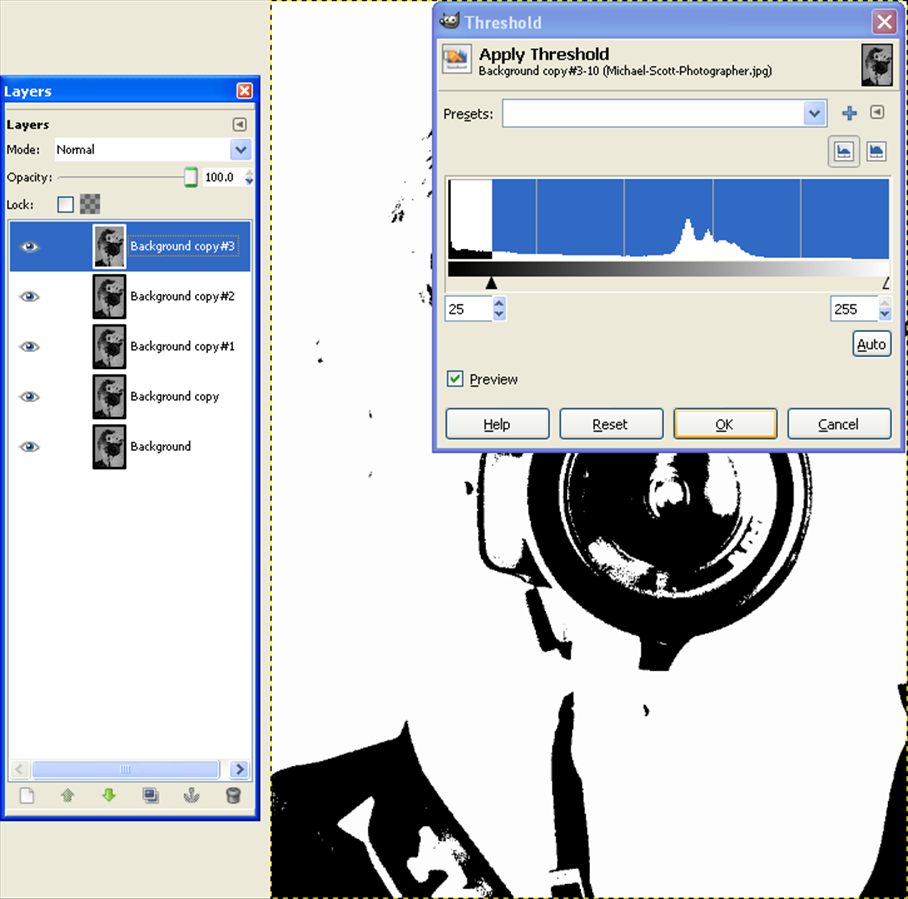 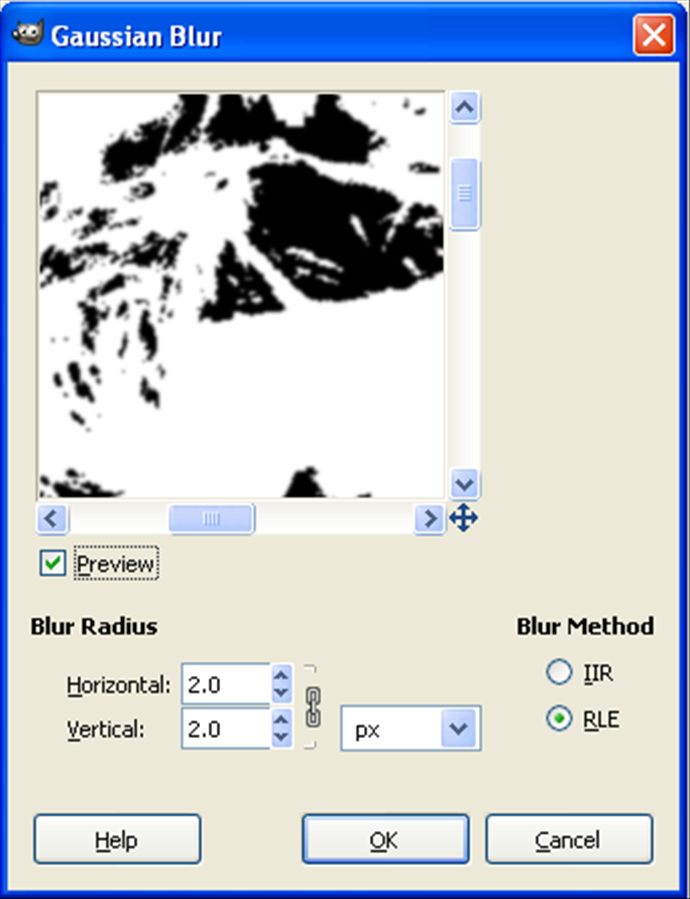 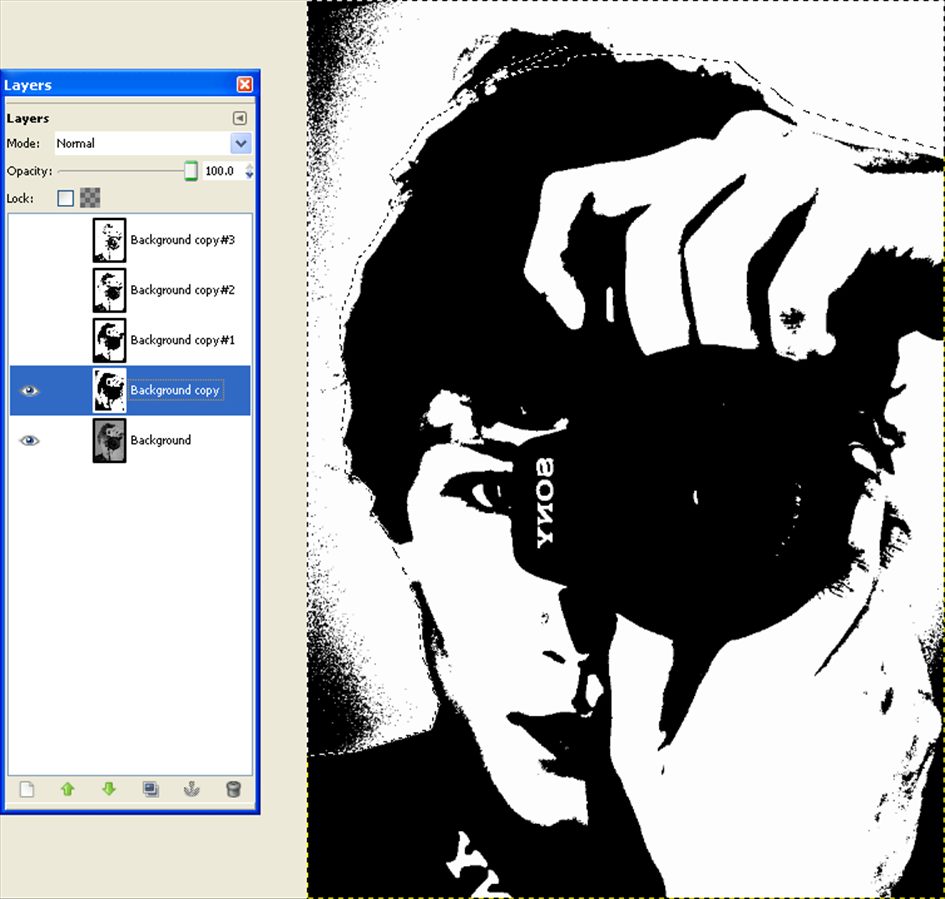 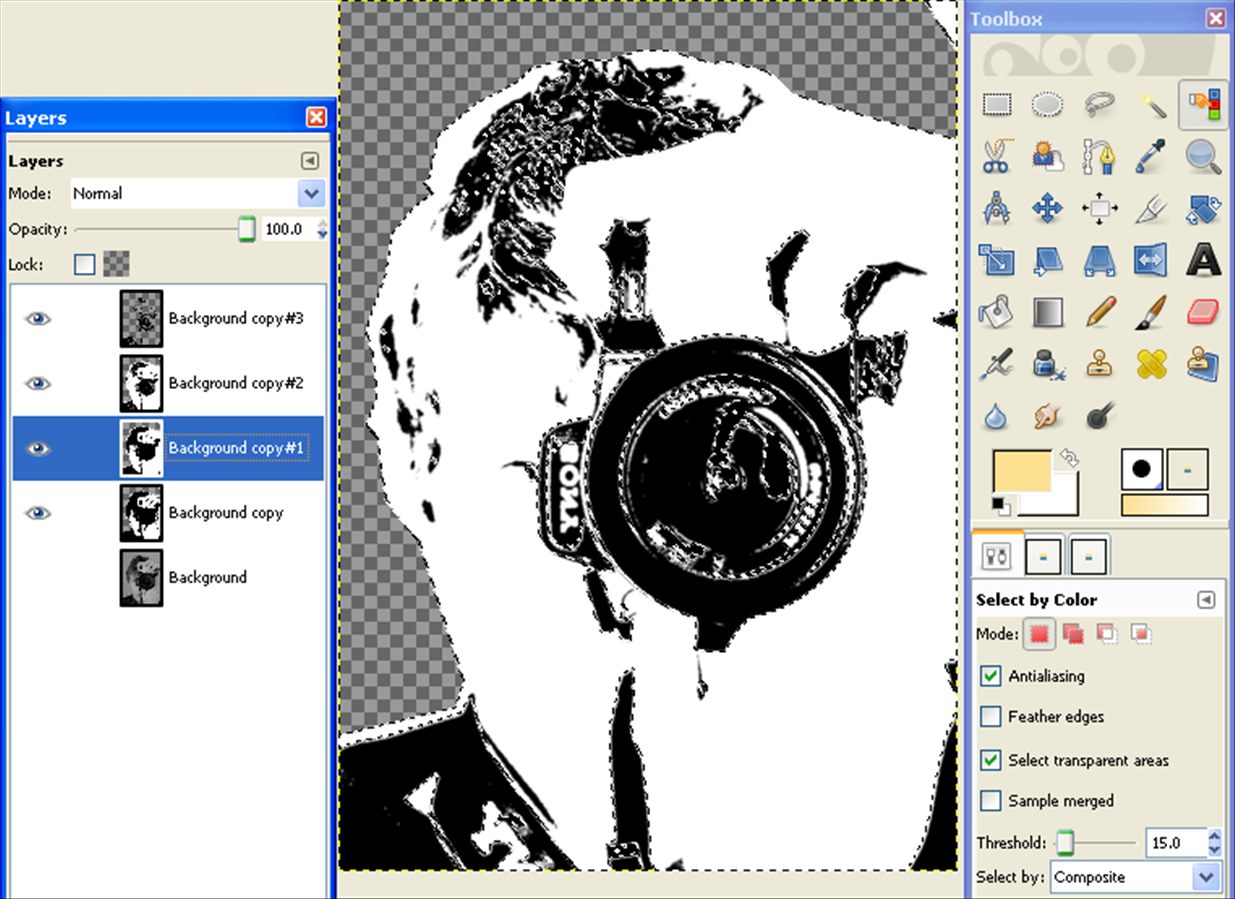 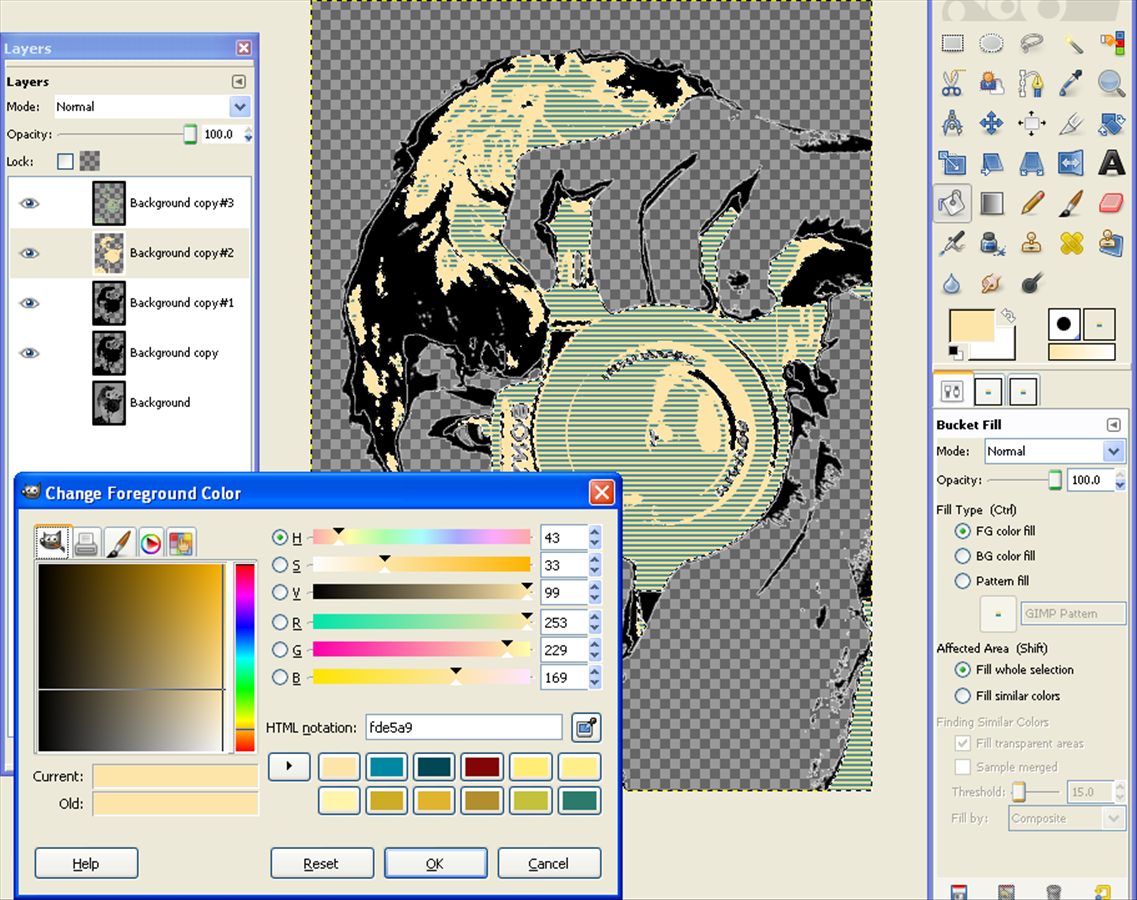 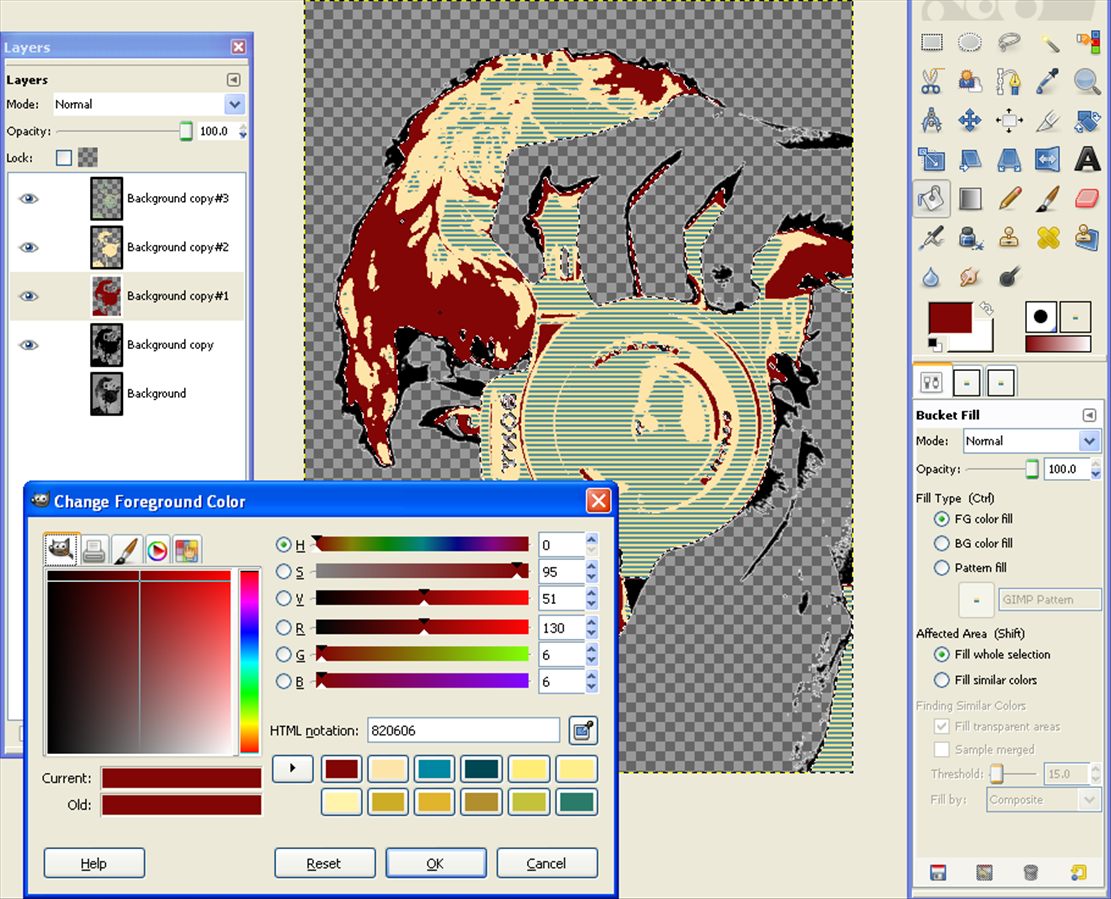 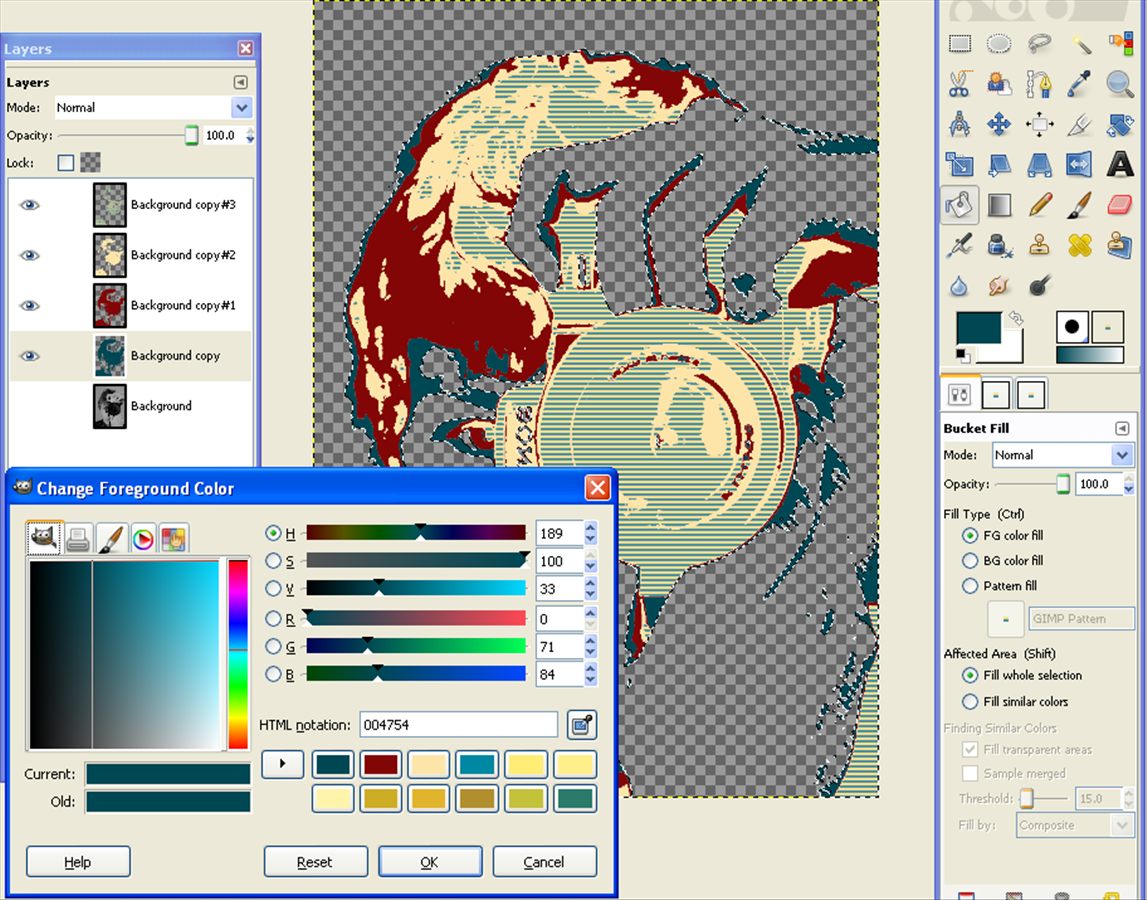 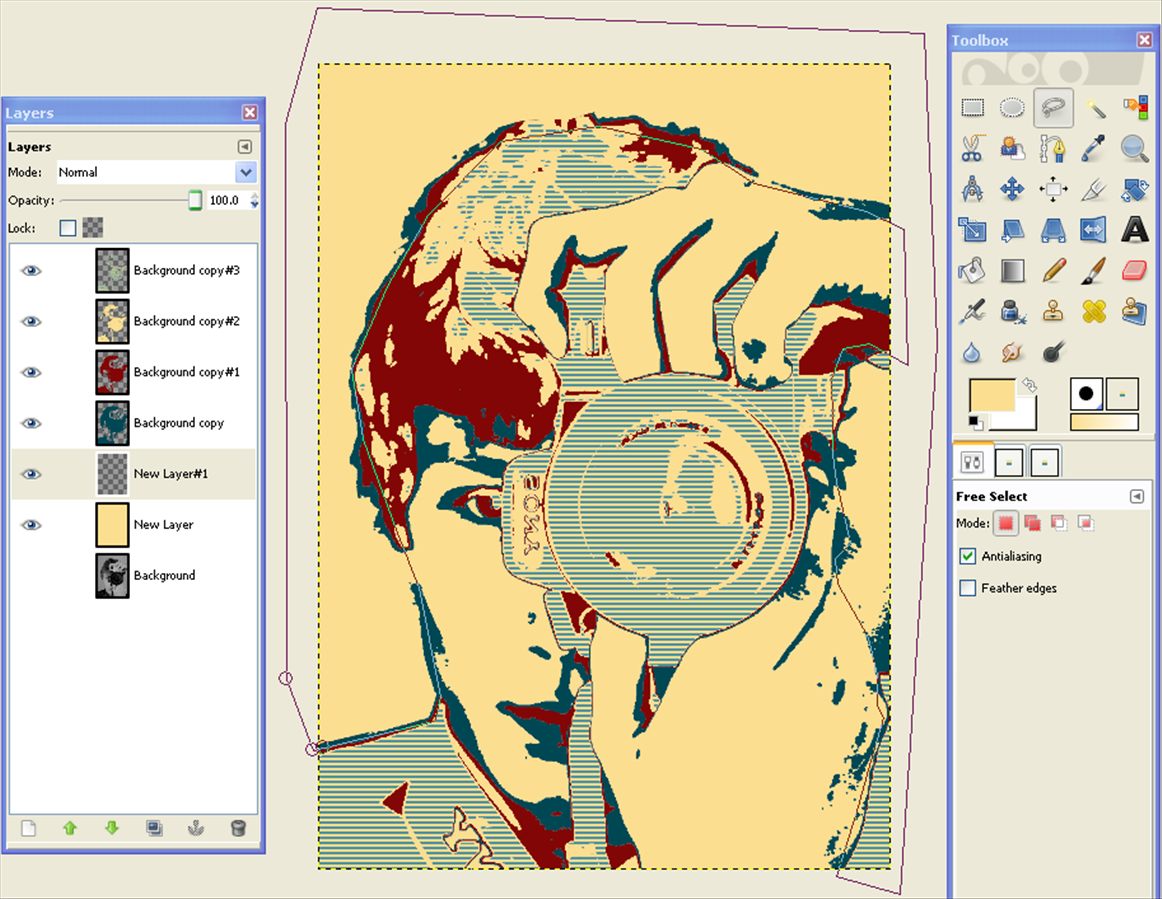 Just inside the edge - Fill with Blue Colour 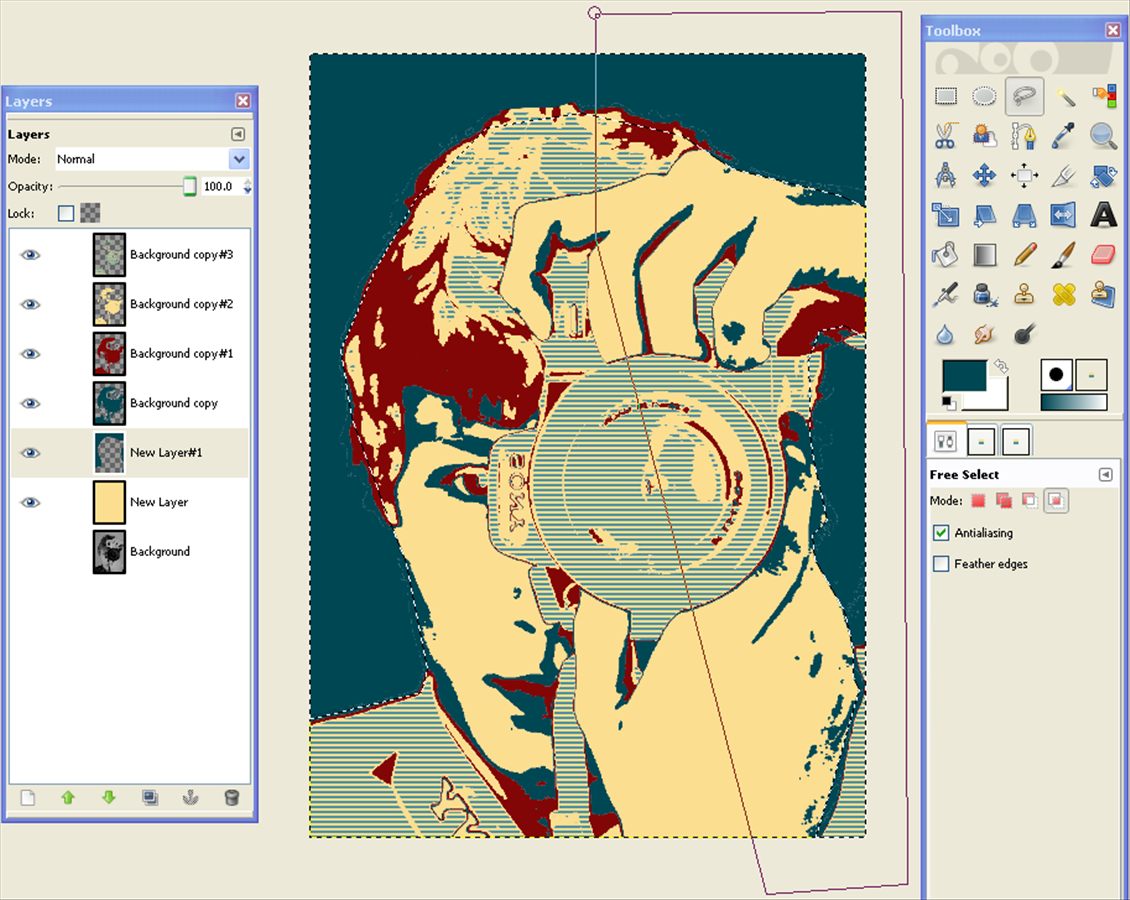 Fill the other half with Red Colour 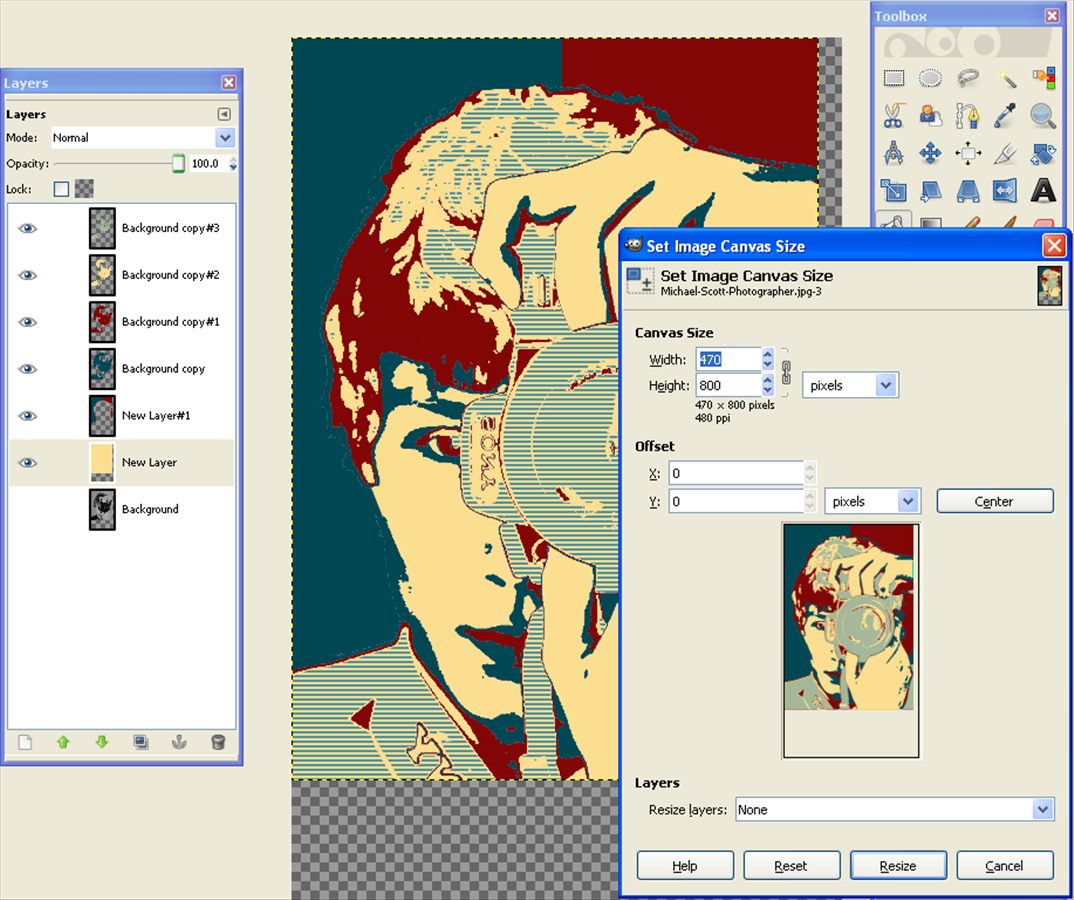 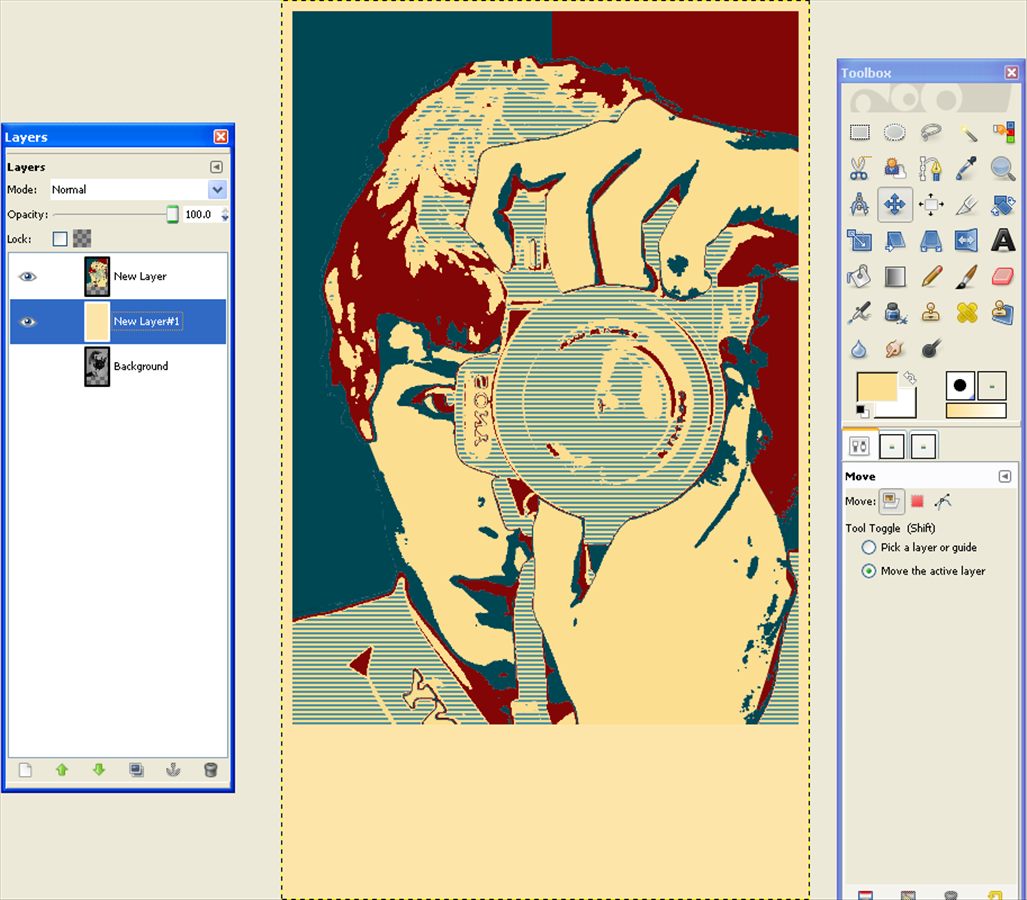 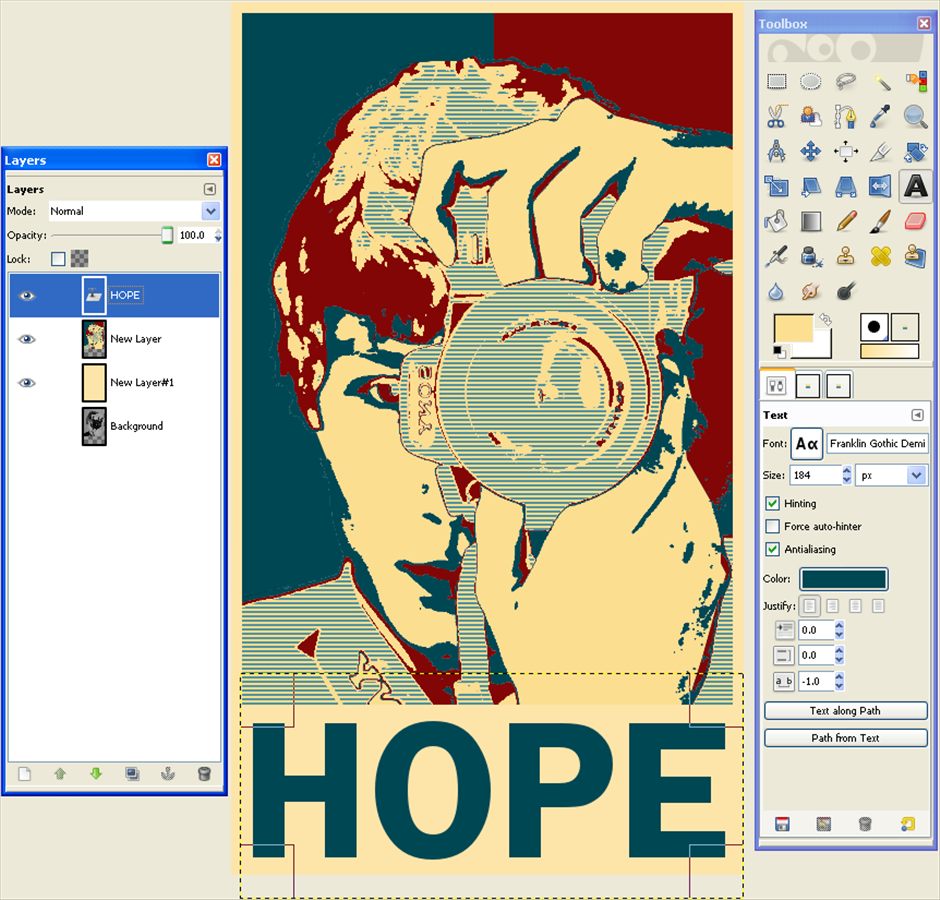 That’s it! Some parts are tricky so feel free to ask if you need clarification!

Deprecated: the_author_description is deprecated since version 2.8.0! Use the_author_meta('description') instead. in /home/scottp12/public_html/wp-includes/functions.php on line 5323
Michael Scott is the publisher and photographer behind Scott Photographics! He is very passionate about his photography and enjoys sharing the best of his experiences for others to enjoy too! Contact Mike via email!